Our NFL handicapping is the reason that we have such a strong repeat customer base each football season. Season after season we turn some solid profits for members with our NFL football picks. The 2008-09 football season was once again a success for Maddux Sports and its client base. We won the 2008 NFL Ultimate Handicapping Challenge posting a 67% winning percentage with our NFL Picks. We also won both the sides and totals contest in the national handicappers bowl contest which included a 78.6% success rate on our NFL total picks. The 2009-10 was more of the same winning results, winning the national handicappers bowl for the 2nd year in a row as well as healthy profits for our client base. In the 2010 NFL Season we won the NH bowl for the 3rd year in a row posting a 67.7% winning percentage. We also had 2 more top five finishes in the ultimate handicapping challenge. 2014-15 we earned the most profit in the NFL out of any other NFL handicapper while continuing our dominating run in College football as the all time leading money winner at the sports monitor. These were just a few of the recent accomplishments for our company. There is no other NFL handicapper that can match our track record. Scroll below or click here for a full list of recent accolades.

Our football package includes all of our premium NFL picks for the preseason, regular season and the playoffs. The package also includes our winning weekly College football picks. With our NFL picks package you can expect about 5-7 solid picks each Saturday and 5 ats predictions for the Sunday games. For every ESPN college football game during the week and Monday Night Football we will also put out at least an opinion if we dont find any strong value on the game.

You can view the profit earned on average per season below. We will win around those figures again this season give or take a few units. Most of our client base are full season subscribers but we do offer daily and monthly packages. If you don't want to purchase the full season right way you can view other packages on this page Premium NFL Picks here but we strongly urge you to treat this as an investment process and get signed up for the full season.


Click here for more of an in depth breakdown as to what these numbers mean.

See what's on tap for this week and purchase our premium football picks below. 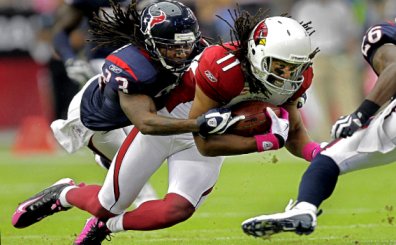 Because we know that not all visitors have the bankroll or the will to purchase our premium nfl picks right away we have setup a mailing list in which we release free nfl picks for the Sunday games. Each Saturday night we will send out our newsletter with an update on how our premium football picks have done as well as a 1 free nfl picks for Sunday's games. Please note these are not our strongest nfl picks, but if bet consistently you will turn a profit at the end of the season. Use the free nfl picks sign up box on this page to join the mailing list, as well as check out our Free NFL Picks page which gives updates on free and premium selections daily.

You will also not to be able to make as much money just betting the free nfl picks we send because you are only getting 1 pick for the Sunday's games, instead of the normal 5 solid premium picks we have lined up for members. We strongly urge to give our premium picks a try, you and your bankroll won't regret it. Remember even if you are just betting a $100 per game you would have turned $3395 betting our College & NFL football picks on average per season the last 4 seasons. If you would like to get signed up for this years season click on the NFL Football Picks link to start making money with our expert handicapper NFL picks.

No one handicapper can match what Maddux Sports does picking ATS winners between NFL and NCAA football.

MORE OF AN EXPLANATION OF THE PROFITS FROM ABOVE AS WELL AS OTHER FREQUENTLY ASKED QUESTIONS.

Our football package includes both NFL and College Football picks. For football we rate our picks as either 10 or 20 unit picks. We tend to have a few more of these 20 unit plays in the sport of football compared to other sports like basketball and baseball. This is because more often there are some great spots in the NFL & College where we can predict a team will give a home run like type effort or on the other hand be flat as a pancake.

Our NFL & College Football full season package includes regular season picks in the NFL and NCAA football, NFL preseason football picks, playoff picks, and predictions on all of the college bowl games. Over the last few years and moving forward we are releasing about 7 picks on a full Saturday college football card. On Sunday's in the NFL we have been releasing anywhere from 5-7 plays depending on how much value we find on the daily matchups.

How many picks we release depends on how well the sportsbooks do at lining the football games. Contrary to public belief a good majority of the games are priced correctly on both sides, meaning a wager regardless if it wins or loses in that situation is a losing proposition long term to ones bankroll. Especially in the NFL where the lines have become super tight the last few years. The good news is it doesn't take a point spread being that far off to have an edge. It can be something as little as a game being lined at -2.5 that should be -3 to create a great betting opportunity.

Our approach to NFL handicapping hasn't changed much over the years. Just like in football and basketball we have a power database that contains lines and totals going back to the 1983-84 pro football season. From studying what has worked in seasons past we have been able to uncover a powerful math model to beat the NFL point spread. Our computer program is able to predict the box score before it happens giving us a more accurate margin than the bookmakers NFL odds. With a predicted margin ready to go on Monday morning we then start to look at the fundamental matchups of the 2 teams in question. From there we look at injuries as well as situation analysis. If everything lines up we have an edge and release that pick to members. Any NFL handicapper that isn't using a math model projection, taking into account situation analysis and injuries WILL NOT WIN betting the NFL moving forward. Maybe they could 10 years ago when the lines were soft but in today's day and age it isn't going to happen.

The bottom line for you this season is simple. If you want to win and are tired of losing or being promised the moon by other handicappers that dont deliver give us a shot. Our reputation is stellar in the handicapping industry and our independently documented results are unmatched. We are one of the few services that actually wins for its client base AND bets every game they give out. Something very few handicappers if any do these days.

This season dont fall for other scammers bs claims of 75% winners and lock picks. Treat this as a means of investment and watch your bankroll grow throughout the season til the Super bowl at seasons end. We will see you at the finish line, feel free to email us with any questions you have regarding our NFL picks package.

Here is some more great NFL Betting Information in addtion to the football betting pages listed at the top right of the page we offer to surfers at Maddux Sports. Click on any of the football links to help increase your knowledge and winning percentage this season.

The information contained at this site is for entertainment purposes only. Any use of this information in violation of any state, federal, or local laws is prohibited.
Copyright © MadduxSports.com - Premier Sports Picks and Sports Odds Web site